Steve had been battling mold and mildew on his pergola and stone foundation for so long, the constant struggle had become a part of his routine that he thought he would never escape. Then Steve discovered Wet & Forget Outdoor and changed the game!

Now Steve spends his time enjoying his pergola, not scrubbing it. Read on to find out how Steve beat mold and mildew, and to see his “after” shots!

“The mold was even eating the paint. Now the mold has disappeared. I’m thrilled with it! It’s a nice product.” -Steve H. from NJ 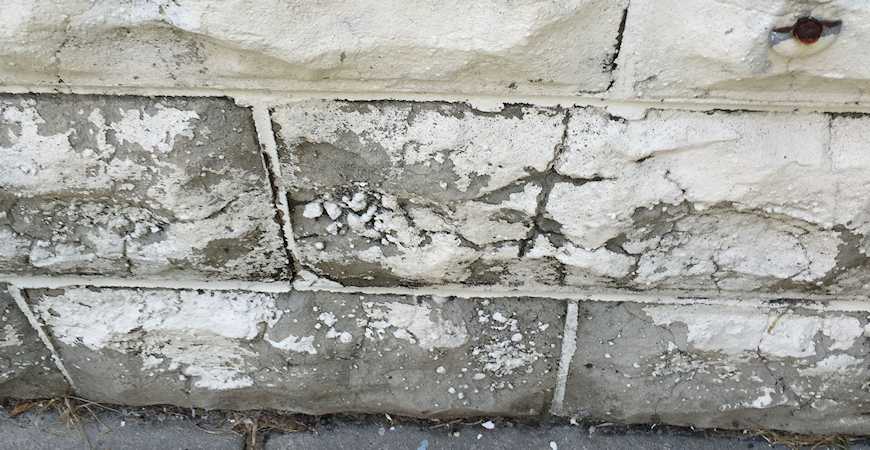 Steve had been fighting mold and mildew on his pergola and stone foundation for years. The damp air surrounding his home, which is about 400 feet from the Jersey Shore, made Steve’s fight a losing battle.

“The air’s always wet here,” Steve said, “It’s a big old house, and the north side gets very little sun in the winter. The mold just keeps growing.” – Steve H.

Worse yet, Steve noticed that the mold was starting to eat away at the paint on his stone foundation and wooden pergola (see photos above and below). That’s because mold is more than just an eyesore; it’s a living organism that can actually digest many of the materials that it grows on, causing permanent damage.

“Every 3 weeks I would hit it again, and the bleach I was using was more heavy-duty bleach. I thought I was happy with that, but I had to keep doing it and doing it.” -Steve H.

Bleach was no Match for tough Mold and Mildew 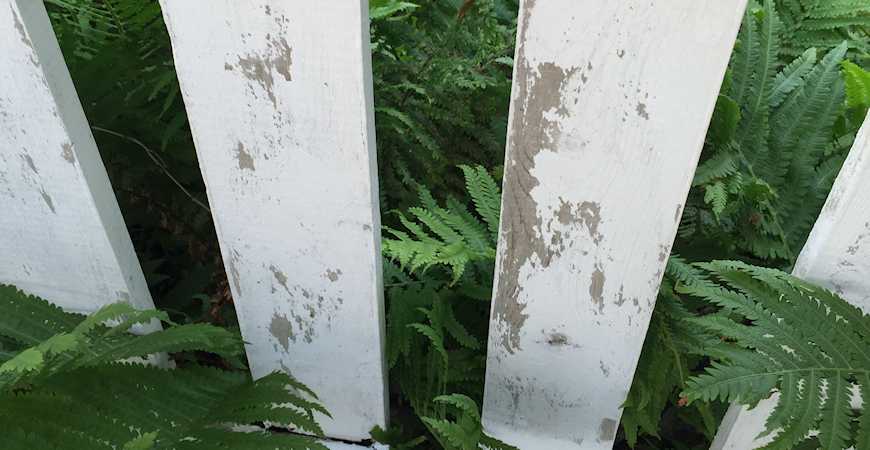 Steve did what a lot of homeowners do when mold and mildew strike: he fought it with bleach. But even though he bought the super-concentrated heavy-duty bleach that you would never dream of allowing near your clothing, Steve still found himself outside scrubbing his foundation and pergola every 3 weeks or so.

As soon as he had finished cleaning the mold and mildew, it would start growing back again, trapping Steve in an endless cycle of cleaning that he thought he’d be stuck in forever.

That’s because bleach only cleans the surface problem and does nothing to keep mold and mildew from growing again, which Steve learned the hard way. “I used to bleach, ‘man’s bleach,’ much more concentrated. But bleach doesn’t really kill it, it just bleaches it,” he said.

So Steve continued scrubbing, and the mold and mildew continued destroying the paint on his foundation and pergola.

“There are many products on the market for anything. Some work; some don’t. Yours works for me, and I’m so impressed!” -Steve H.

Wet & Forget Outdoor to the Rescue! 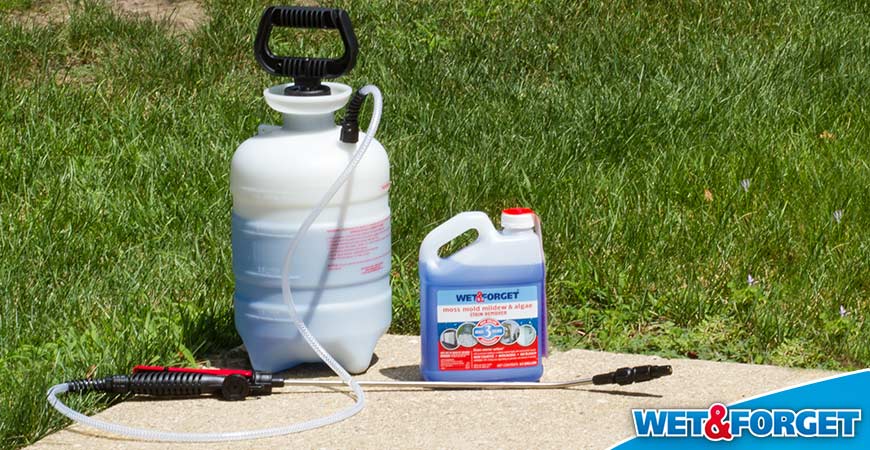 The mold is completely gone, and now Steve will be able to re-paint the pergola and foundation without worrying about mold and mildew popping right back up to ruin the brand-new paint job.

That’s because Wet & Forget Outdoor not only wipes out mold and mildew on outdoor surfaces—it keeps it away for a year or more in most cases.

Steve was so thrilled with his results that he told his sons-in-law about Wet & Forget Outdoor, and now they use it, too. “At first they thought they would have to scrub it or pressure-wash it or something,” he said, “but I told them, ‘Don’t over-think it! Just spray it and forget about it!’”

“You can see the stuff’s gone. It’s a great product, and it’s priced right.”-Steve H.