Miss Muffet’s Revenge: The Simple way to Keep Spiders Away

Trying to keep creepy spiders out of your home can feel like you’re fighting a losing battle, especially as temperatures drop and spiders start looking for warm places to nest.

You don’t have to keep chasing skittering spiders around with smelly sprays or rolled-up newspapers only to do it all over again tomorrow, because now you’ve got Miss Muffet’s Revenge!

Just spray Miss Muffet’s Revenge once, and say goodbye to those 8-legged uninvited guests for up to 12 months. It’s that simple!

Read on to learn more.

Your home is your sanctuary, and the last thing you want when you’re relaxing on the sofa after a long day is to look over and see a beady-eyed arachnid sidling up to you. No wonder Miss Muffet got out of Dodge!

But Miss Muffet’s back, and her revenge makes it simple for you to keep creepy spiders away. Keeping spiders away indoors couldn’t be easier. Simply: 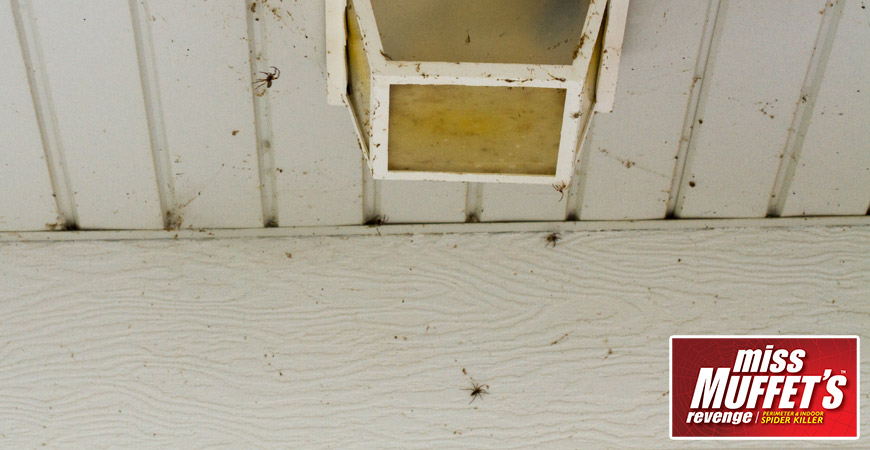 Simply Spray to Keep More Spiders from Coming In

Spiders will always find a way to sneak into your home, no matter how many cracks you seal up. Not with Miss Muffet’s Revenge!

Rolling out the unwelcome mat is easy, too. Simply:

Not only do most spider repellents only work in the very short term; they also create a noxious cloud of horrible-spelling fumes.

Miss Muffet’s Revenge is odorless, so whether you’re spraying outdoors to keep spiders from coming in, or indoors to get rid of unwelcome guests, you don’t have to worry about choking on disgusting fumes!

There’s no need to spray again and again only to wake up with another creepy spider staring at you, punish your nose with noxious fumes from another smelly, short-term spider repellent, or make yourself crazy chasing spiders with a rolled-up newspaper.

Relax, put your feet up, read your newspaper instead, and let Miss Muffet’s Revenge take care of the spiders for you!