Let’s face it–spiders are creepy. Even though they play an important part of the ecosystem outdoors, there’s just something about their alien-looking faces and skittering legs that makes people do all sorts of crazy things to get away from them; a few true arachnophobia sufferers have even set their own houses on fire in their desperate attempts to get rid of spiders.

Stop the madness! If these creepy-crawlers have snuck into your home, stop them in their tracks with Miss Muffet’s Revenge.

Miss Muffet’s Revenge is an easy, long-lasting, fume-free (and flame-free) way to kill spiders and keep them away for up to a year! Read on to learn more.

No more spider bites, no more messy cobwebs, and no more creepy-crawlers! 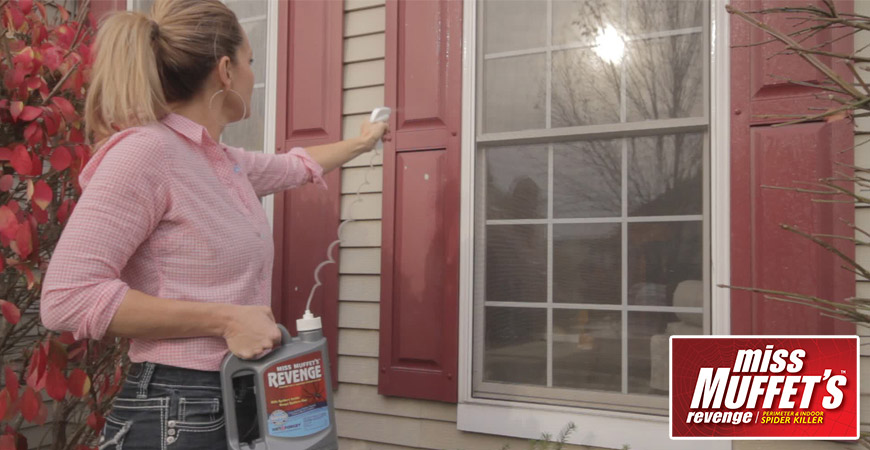 Think of it as putting out the un-welcome mat for arachnids!

Miss Muffet’s Revenge comes with an easy-to-use spray bottle that sprays up to 12 feet, so even reaching those hard-to-reach areas will be a piece of cake. Spray until the area is slightly wet to soaking.

Wait a week, and then come back and clear away the cobwebs. If the area is sheltered from the rain, Miss Muffet’s Revenge will keep spiders away for up to a year!

Pick up some Miss Muffet’s Revenge today, and say goodbye to the creepy-crawlers!