Louis was battling with tough soap scum as well as mold and mildew stains on his fiberglass tub enclosure. He tried scrubbing with many cleaners in the past, and even used bleach to try to remove these stains from his tub and had no luck.

“The bleach had a rough smell, and the other products had a very perfumey smell and didn’t work” -Louis L. from Powder Springs, GA

He was sick of the strong smells from other cleaners and needed something new to clean up his tub enclosure.

At least twice a week, Louis was stuck scrubbing his shower enclosure with other products and saw no results “I had to get down on my hands and knees and do scrubbing to try to clean my shower and I have bad knees” -Louis L.

No one should have to get down on their hands and knees to clean their shower!

Furthermore, cleaning shower surfaces should be an easy task that takes less than 5 minutes. This task was quickly becoming far beyond an inconvenience for Louis. 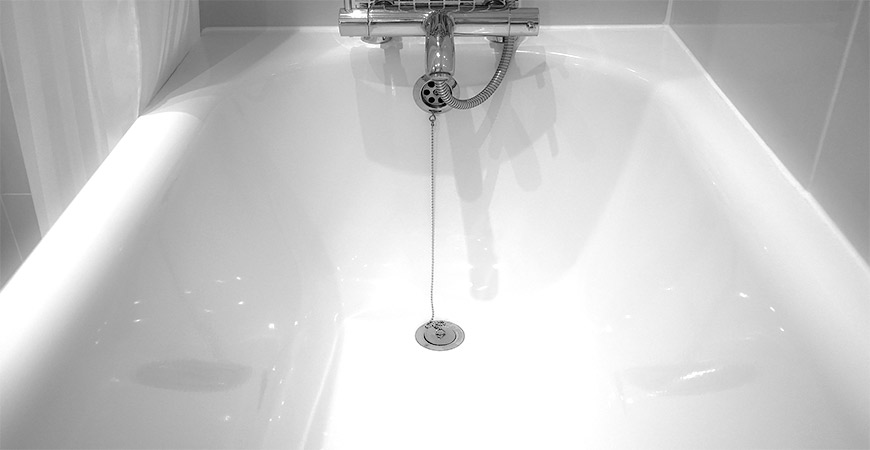 After doing a bit of Googling, Louis found Wet & Forget Shower and never went back to ruthlessly scrubbing his shower with nauseous chemicals. Wet & Forget Shower has a fresh vanilla scent, so Louis doesn’t have to deal with any harsh chemical odors any longer.

Louis is happy with how simple it is to use Wet & Forget Shower. He didn’t have to waste time fussing with different shower cleaners anymore.

“You just spray it on there and forget it! Like the name says, whoever came up with the name is a genius” -Louis L.

Louis changed the way he cleans with Wet & Forget Shower. Gone were the days of scrubbing and strongly scented cleaners. Wet & Forget Shower doesn’t contain any bleach or ammonia, so you can gently clean your shower surfaces without pungent cleaning products.

Louis simply sprays his tub enclosure once a week and it stays clean with no extra work. Furthermore, Louis doesn’t need to get down on his hands and knees to clean anymore, since Wet & Forget Shower works-you don’t! 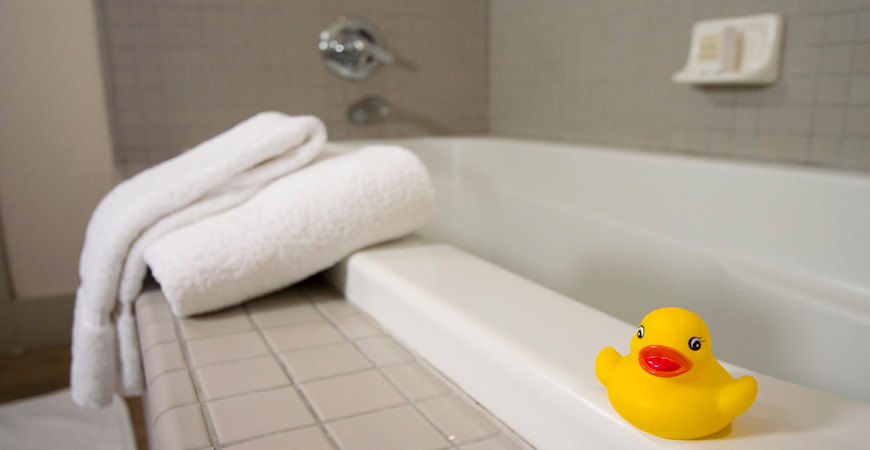 “Other products advertise how they do the work for you and it’s not true. I had a shower curtain that had an orangey look and sprayed it with Wet & Forget Shower one night, and it was gone the next day!” -Louis L.

Wet & Forget Shower will keep your shower shining for 1/3 of the cost of daily shower sprays. That means you’ll spend less time cleaning your shower and less time running to the store!

“If you use this product, you will never use another one again!” -Louis L.

Thanks to Wet & Forget Shower, Louis’ bathtub enclosure is sparkling clean again. Cleaning your shower or bathtub couldn’t be easier than just spraying your shower weekly and rinsing the surfaces clean!

Did you know that you can use Wet & Forget Shower in your washing machine? Click here to find out how!