Diane loves to see her shower shine. But the bar soap her husband likes made her shower look dull and dirty within a day or two of its weekly scrub-down. Diane was fighting a losing battle against soap scum until she found Wet & Forget Shower.

Now she’s free from scrubbing and her shower shines all week! Read on to see how.

“So you lived with it you said ‘ok, it doesn’t look the way I wanted it to, but it is clean, I know I scrubbed it.’ All the while you walked away and thought ‘there’s got to be something, but I’ll walk away. I’m not going to fuss about it.”
-Diane K. from Clarence, NY 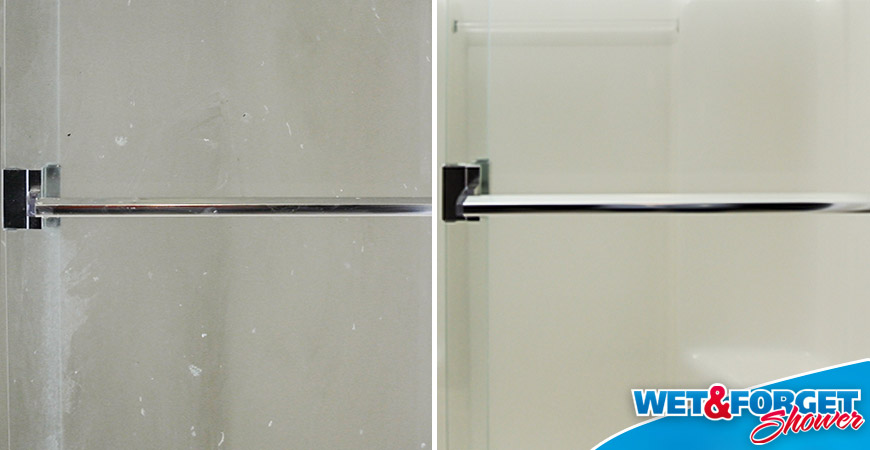 Diane had been battling tough soap scum for years, both at home and in her job cleaning mobile homes for resale. She had tried just about every bathroom cleaner under the sun, from foaming cleaners that are supposed to “do the scrubbing for you,” to heavy-duty cleaners with tough-sounding names and overpowering odors that left her running for the window gasping for air.

No matter what the products claimed, Diane always wound up doing a lot of scrubbing, and she was never quite satisfied with the results she got.

“So you lived with it you said ‘ok, it doesn’t look the way I wanted it to, but it is clean, I know I scrubbed it.’ All the while you walked away and thought ‘there’s got to be something, but I’ll walk away. I’m not going to fuss about it.’”

Diane put up with what she had because she thought that those cleaners were her only option, until the day she saw a commercial on TV for Wet & Forget Shower.

“I decided, what have I got to lose?” Diane said. She picked up some Wet & Forget Shower at her local hardware store, and everything changed. 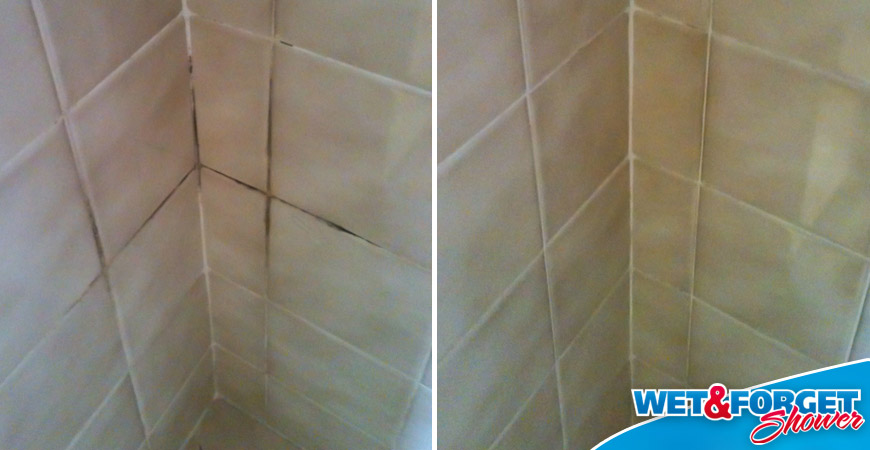 Diane brought home her first bottle of Wet & Forget Shower, and she was astonished by the results: after the very first application, her shower sparkled all week!

Now Diane enjoys a life free of scrubbing her shower, and her shower shines every day like it used to shine the day after she had scrubbed. Now Diane is happy with her shower every day, not just on cleaning day, like before:

“I would still clean once a week, but you’d be in that shower for a good hour or more just trying to get rid of those spots. And I would know my husband would be in there just once and the soap scum would be starting to build up. You don’t feel good about your shower for very long. Now I clean once a week, but I’m satisfied with the results. I don’t think anyone would clean their shower every day.”

“This is the first product I’d used that did what it said. I’m really glad I tried it. It’s fantastic, it really is.”
-Diane K.

Wet & Forget Shower Lives up to the Hype


Diane had tried so many products that had promised easy scrubbing, or no scrubbing, or a thorough clean, or so many other things, and never lived up to what they said. She was thrilled when Wet & Forget Shower did exactly as promised: now Diane’s shower stays clean and free of soap scum, body oils and shower grime with just one simple weekly application.

Diane also enjoys the subtle vanilla essence scent, which is much more pleasant than the strong fumes many of the other cleaners produced. The flexible high-efficiency sprayer also makes it easy to clean even hard-to-reach places, such as under a lip under Diane’s shower where grime used to collect:

“You do your best to scrub it and you let it go. With this, I sprayed it all up under there, and I took an old toothbrush to see if anything was under there, and there was none! It got it!”

Diane even tried a little experiment: While she was out of town for a week, her husband went back to scrubbing with his favorite cleaner. The results weren’t wonderful:

“That shower was a mess. Soap scum, mold, and mildew, water drops, dingy, etc. I used my Wet & Forget Shower again, and it’s back to normal. I had to prove it to him.”

“I love it. There’s nothing more to say. It’s a fantastic product, and it really works.”
-Diane K.

How to Apply Wet & Forget Shower

Making your shower sparkle and shine couldn’t be easier. Simply:

Try Wet & Forget Shower today, and make your shower sparkle and shine! Stop by our website to learn more about our easy solutions to everyday problems, so you can spend less time cleaning and more time enjoying life!

*As with any shower cleaner, test Wet & Forget Shower on an inconspicuous area before using it for the first time. Do not use Wet & Forget shower on natural marble.