Spiders: they can be creepy, but they can also be fascinating.

Sometimes these 8-legged wonders perform feats that can make them seem like they must be from another planet, such as the amazingly athletic jumping spider, which can jump up to 50 times its body length.

And have you ever heard of a spider goat? Read on to see 7 weird and wonderful spider facts, and to see that jumping spider do its cool trick! 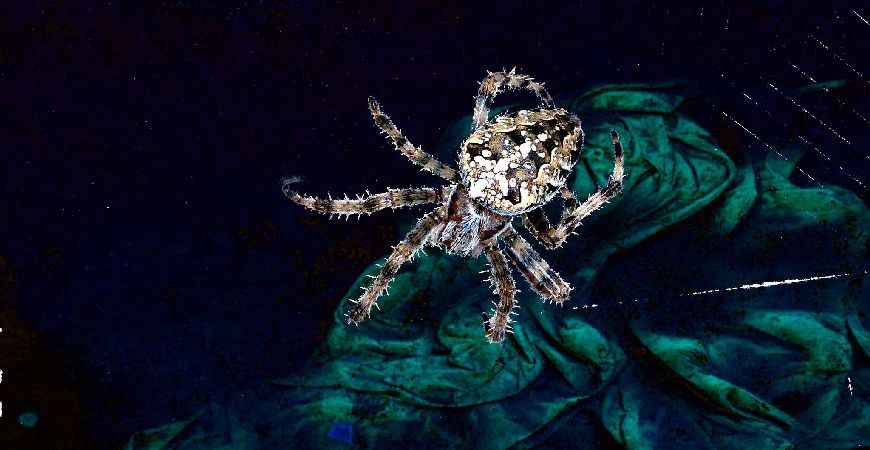 You typically think of spiders lying in wait while their prey becomes tangled in their web, and then packaging the victim for dinner. But some spiders are a little more direct in their approach to catching their prey.

Entomologists have identified several species of “fishing spiders” on every continent except Antarctica, and these spiders aren’t afraid to go right out and grab a catfish out of a marsh, or even stalk and kill fish in aquariums and hatchery ponds, or snatch them right out of fishermen’s nets.

According to LiveScience, fishing spiders’ methods are a lot like those of human anglers:

“When spiders go fishing, they often adopt an energy-saving, sit-and-wait strategy — much like how a human fishermen might plop down on a dock with a line and hook.
‘The spider typically assumes a position near the water’s edge, with the rear pair of legs anchored to some vegetation or wood or rock, and their three front pairs of legs out of the water’s surface,’ Pusey told Live Science in an email.
Then, if a fish’s fin or body brushes up against its front legs, the spider plunges in to latch on, biting its prey near the base of the head to inject a surge of deadly neurotoxins, before dragging the fish out of the water.
‘It can take many minutes for the fish to die, and it is probably safer for the spider to haul it out of the water to aid in handling and reduce the potential for escape,’ Pusey said.”

Who needs a web, anyway?

2: Antarctica is a Mostly Spider-Free Zone 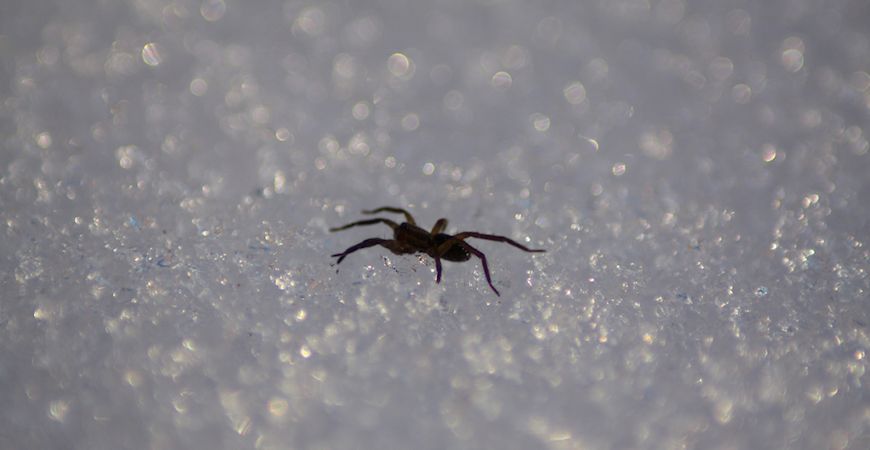 Antarctica lacks fishing spiders, and it almost lacks spiders completely. On land, the only spiders in Antarctica are in the limited maritime and sub-Antarctic areas, while the main Antarctic continent is spider-free.

Continental Antarctica is the world’s only true no-spider zone, so if you’re looking to escape Miss Muffet’s frenemy completely and don’t mind relentless, bone-chilling cold, this might be the place for you!

Incredibly, lichen, that hardiest of outdoor growths, has actually been found in Antarctica.

3: …Except for Giant Sea Spiders 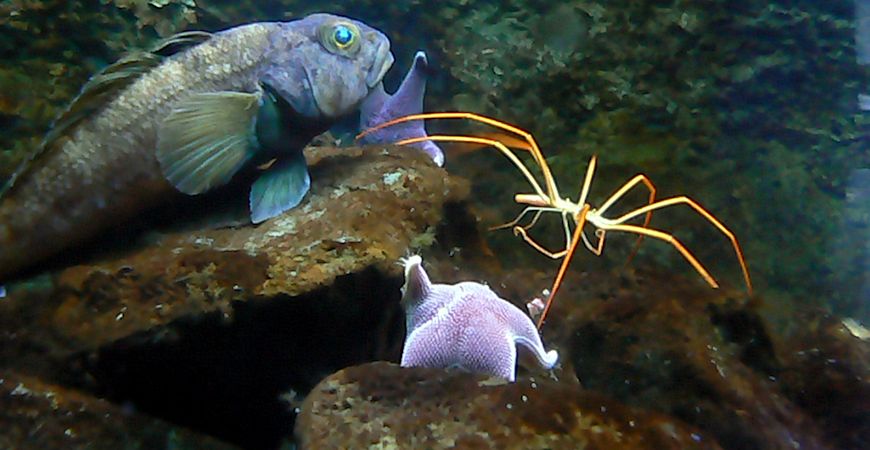 Antarctica is a spider-free zone…unless you’re talking about the seas off the coast of Antarctica, that is. Dive down deep in those frigid waters, and you’ll find several strange species of sea spiders.

These alien-looking beings have been giving the scientists who study their DNA some important clues into Antarctic evolution, not to mention some incredible photos! 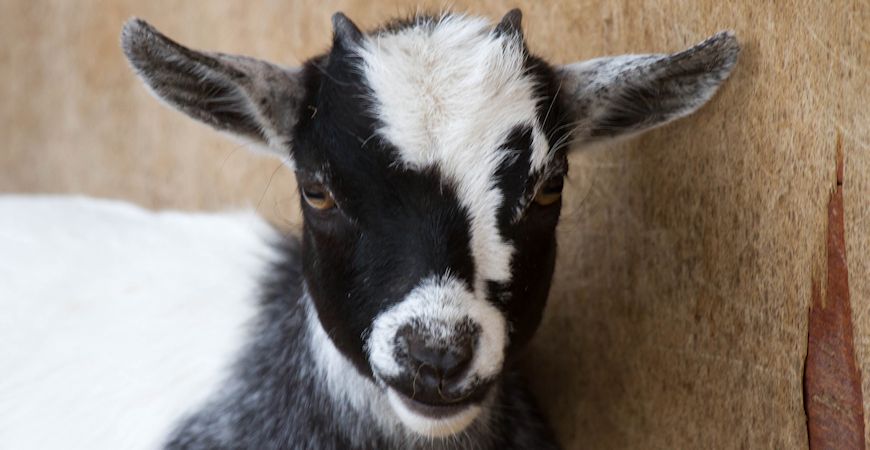 Spider silk may not be stronger than steel per se, but it’s pretty nifty. Its tensile strength is very impressive for its light weight, and its flexibility and the fact that it’s a renewable, biodegradable resource would make it very valuable if we could only figure out a reliable way to harvest it.

The problem? You can’t really farm spiders and “milk” them, because of their unfortunate habit of eating each other. And spider silk contains a protein that we don’t have a cost-efficient way of manufacturing on our own.

One man’s solution was to make “spider goats.” The goats, named Freckles, Pudding and Sweetie, look and act like perfectly normal goats. Their one spidey skill is that they contain a piece of spider DNA that causes them to excrete that special spider silk protein into their milk, from which it can be extracted.

While this particular business venture went bust, who knows what the future may hold for spider goats?

5: That whole Cannibalism Issue? It Might be Poor Impulse Control. 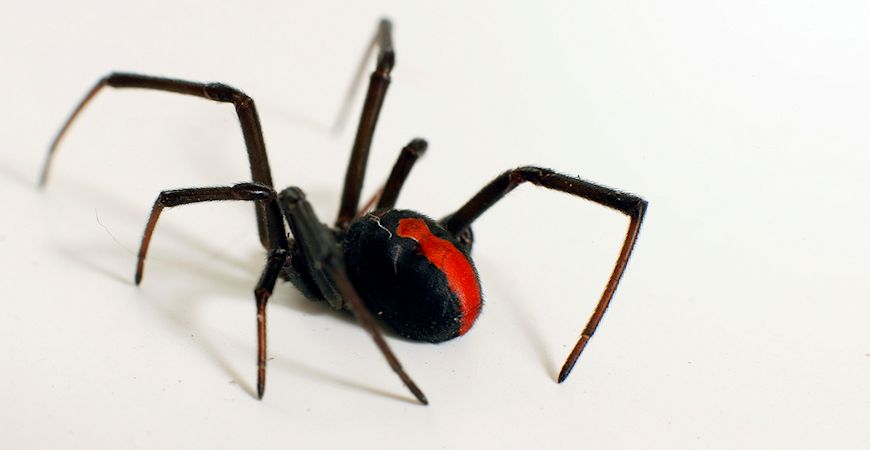 We’ve all heard about female black widows eating their unfortunate mates after the romance cools—it’s where they got their name.

This behavior is actually very widespread in the spider kingdom—hence the problem with farming spiders for their silk—and some species, such as the Iberian tarantula, even have the tendency to eat the male prior to mating.

This doesn’t seem to make a lot of sense from an evolutionary standpoint, and scientists have tried to figure out the reason behind it. Is she simply extremely hungry? Is she just not that into him?

Some scientists think that some spiders might actually be suffering from poor impulse control. Maybe they have a little bit in common with Homo sapiens, after all! 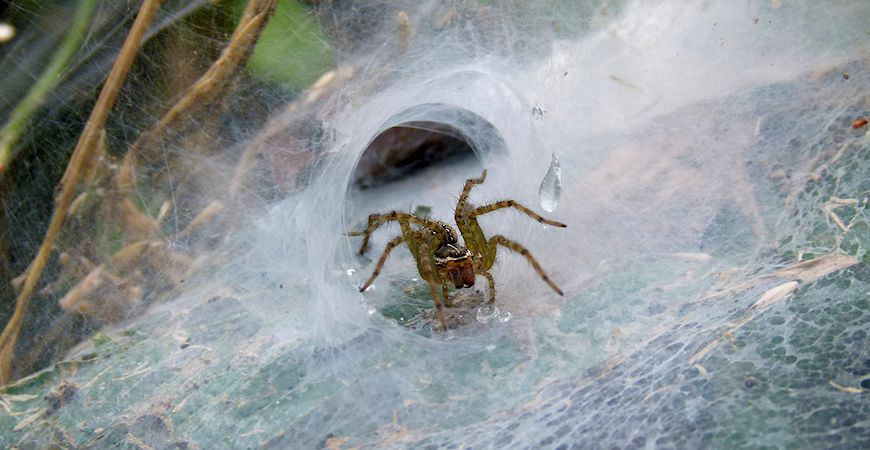 Obviously, this date-eating tendency is a problem for the male spiders out there.

The males of some species have evolved their own ways of escaping the jaws of their sweethearts, and the funnelweb spider has a particularly potent strategy: the male releases a pheromone that knocks the female unconscious prior to mating, so he can escape with his life. He’s a survivor!

7: Cellar Spiders Know how to Bust a Move

One of the things cellar spiders are most known for is filling your basement up with mounds and mounds of cobwebs. That’s because these spiders love basements and, unlike most other spiders, they continuously add to their webs.

But did you know that cellar spiders can “dance?” It’s true!

When a cellar spider feels threatened, it will often rotate its body or vibrate up and down so rapidly that it becomes temporarily invisible. This is a defense mechanism that makes the spider harder for a potential predator to see.

Take a look at the video above to see the cellar spider’s signature moves!

And Here it is: the Jumping Spider!

Like we said in the introduction, jumping spiders can jump an incredible 50 times the length of their own bodies.

Check out this amazing video from National Geographic, and see a jumping spider use all 8 of its eyes to stalk a bee, and finally make the leap onto its prey. Will the spider be able to avoid the bee’s deadly stinger?

Want to know more about venomous spiders that could be in your home? Check out our blog post here.

Rather enjoy spiders outdoors, not in your home? Pick up Miss Muffet’s Revenge today, and keep spiders away with just one spray!